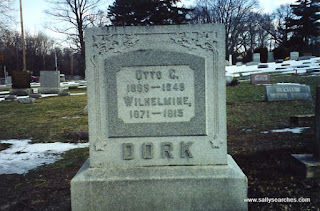 Some people may chuckle when walking or driving by this monument and think, "Gosh, that's an unfortunate name." I wander by and think, "Hello, great-great-grandparents."

Posted by SallySearches at 9:50 AM

Last week during my dowsing adventure in Naperville (Illinois) Cemetery, I stopped to photograph some of the interesting gravestones located there. 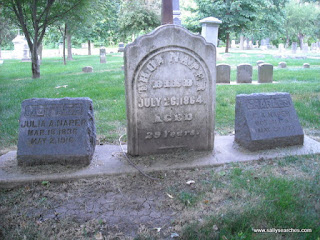 Naper family, some of the original settlers 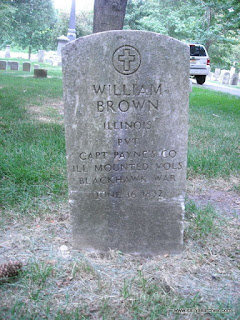 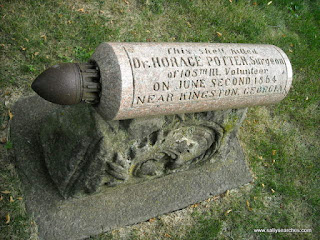 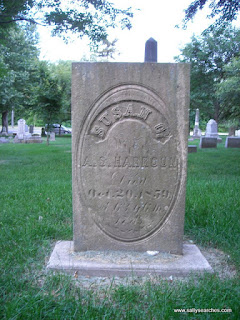 a beautiful and simple tablet 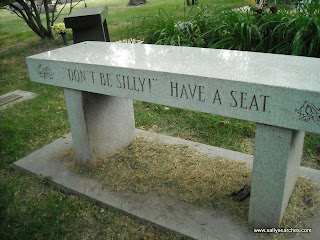 Dowsing (witching? divining?) is an old custom meant to locate objects in the earth using metal or wooden rods. Supposedly, anomalies in the surface layers can be detected by the actions the rods take over the earth. But whether you're finding water, oil, or a long-lost burial location - or anything - is open to interpretation.

We met in the oldest part of the cemetery where there are suspected burials because of the unmarked spaces. I made rods out of straightened hangers, and pen caps were added at the handles to let the rods "float".  I gave my rods a try, and boy, if they didn't start spinning over the graves! Am I a believer? Maybe or maybe not, but it sure was fun. 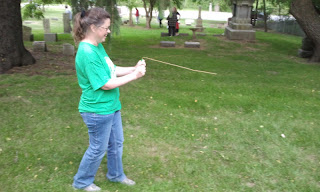 Happy Father's Day to my dad, Jack.
He gave me my work ethic, my stoicism, and my great sense of navigation.
Enjoy your retirement years! 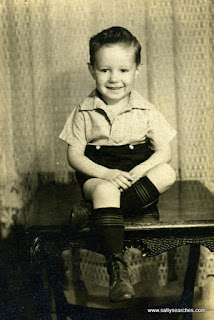 Happy Father's Day to my husband, Jim.
He gave me two great kids! 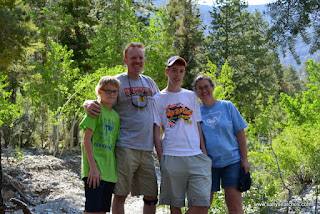 Posted by SallySearches at 2:01 PM

Here are some of the more interesting (I think!) gravestone photos from my recent excursion to the St. James at Sag Bridge cemetery, in Lemont, Cook, Illinois. 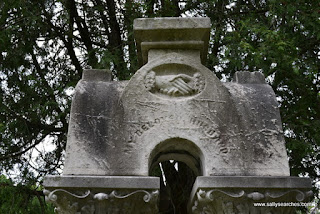 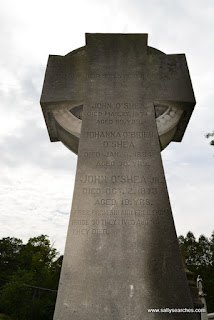 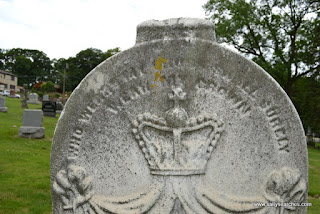 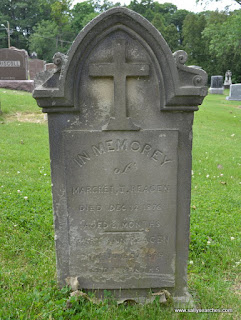 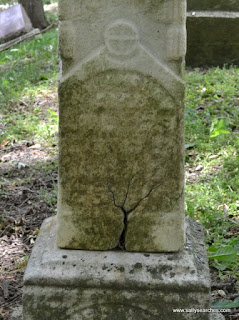 This is one of my favorites because of how the crack looks like a tree - appropriate!
***
© 2012 Sally Knudsen

Posted by SallySearches at 6:00 AM

Surname Saturday - I Am A Dork (Really!)

One of my maternal lines is Dork - really. My great grandmother Lucy who, as a kid, I always thought was Lucille but is really Louise, was born Louise Wilhelmina Dork in Lansing, Ingham, Michigan in 1895. She is of full German descent, and more specifically, from a tiny village in Kreis Rosenberg in the eastern edge of West Prussia. It took me a long, long time to pinpoint her family, but it became a wonderful case study in my personal genealogy lessons.

Lucy's father, Otto Carl Dork, came to Michigan as a child in 1882 with his mother, grandmother, and siblings on the ship Braunschweig (see, really German!). They settled immediately in central Lansing, among many other Prussian families.

The surname itself has many iterations, which I suspect vary due to spelling and pronunciation differences from the German language. I've seen:

I tend to stick with "Doerk" in my database, only because that seems to be the most encompassing spelling. My intuition is that it was spelled D-o-e-r-k and pronounced "Derk" but in America with the "o" first, just became "Dork".

Of course "Dork" has an unlikable connotation in today's society. My own children are at least vaguely familiar with their backgrounds and know that there is a Dork lineage. I tell them that if anyone ever calls you a dork, you can reply, "Yes I am"!
***
© 2012 Sally Knudsen

Posted by SallySearches at 9:35 AM

Tombstone Tuesday - The Tree and The Rosary

This dramatic gravestone photograph was from my recent outing to St. James at Sag Bridge cemetery. The stone is an intricately carved tree trunk that is amazingly lifelike. A recent visitor hung a green beaded rosary on one of the branches. When I walked around the stone, the cross was glinting in the bright sun. It was a photo opportunity not to pass up. 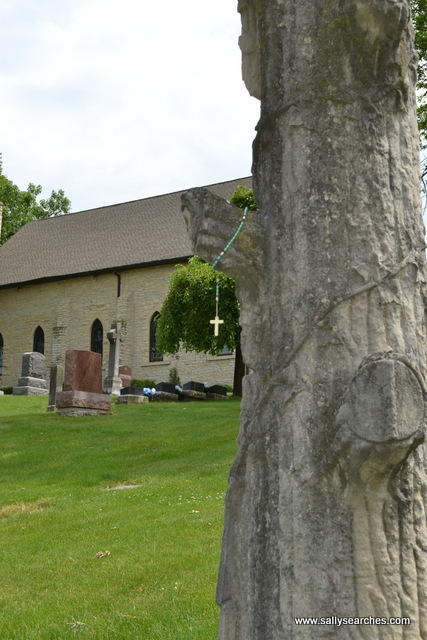 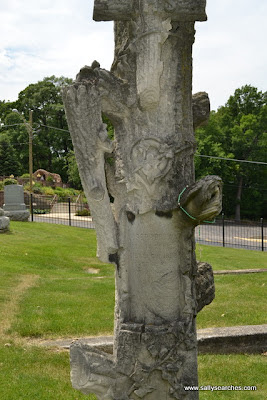 Oh, did I go traipsing around a cemetery I have long wanted to visit!

St. James at Sag Bridge in Lemont, Cook County, Illinois, is one of the oldest religious congregations in Illinois. This file is a wonderful history of the parish, founded in 1833, if you want to read more information. And with any old cemetery come the stories of hauntings, if you are so inclined.

Anyway, back to the adventure. I took over 100 photos, because the property was so engaging. Today's post is general photos of the church, cemetery, and grounds. 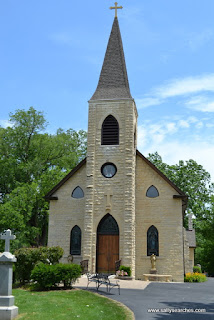 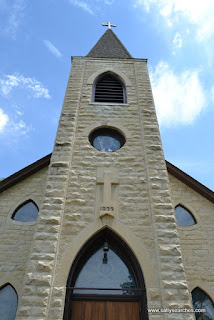 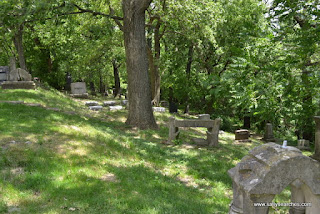 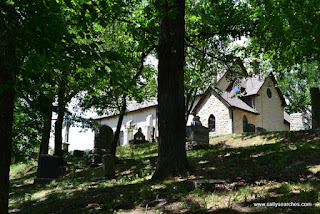 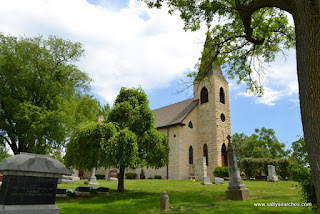 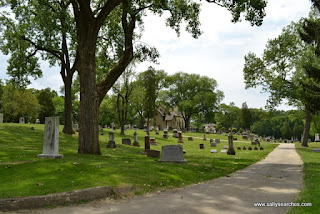 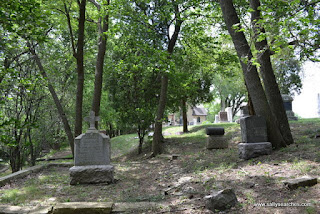 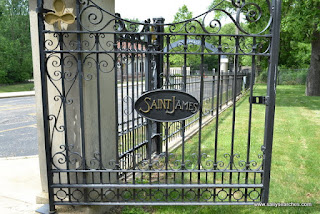 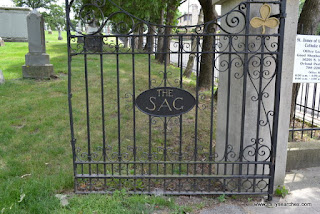