Laura Ann MAXSON was a maternal great-great-grandmother. Like many of my maternal ancestors, she was from a New England family that moved west.

She was born in Livingston County, Michigan on 25 January 1855 to Elias C. and Johanna Smith MAXSON. Her parents were both from Wyoming County, New York. The MAXSON's finally settled in Locke Township, Ingham County, Michigan.


Laura married her across-the-road neighbor, Milan FREDERICK, on 10 November 1885. She was 30 years old, rather late for a marriage at the time. She was the middle daughter, having three elder and three younger sisters. I sometimes wonder if their household was a bit like the Bennet family of Jane Austen's seminal Pride and Prejudice : a middle class family filled with young women searching for appropriate suitors.

Laura and Milan had three children of their own: Bertha Mae, Lulu Gertrude and Earl Milan. Their children also married within the township and the family remained close.

Laura died at only 50 years of age. Her cause of death was 'softening of the brain.'

Much like the rest of my Michigan family, Laura is buried in Rowley Cemetery in Ingham County. 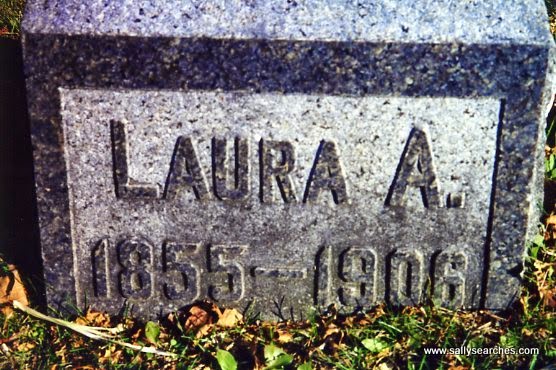 Laura's page in my database

Our subject, Elias C., was born 13 February 1820 in Town of Bennington in Genesee County. He married Joannah SMITH about 1843. I have no clues as to Joannah's family. There were SMITH families in the same area, but I have no record of their marriage or her parent's names.

Elias and Joannah were part of a large group of western New York families that moved on to Michigan. They had seven daughters, and they were born in various locations as the family made their way west:

Locke Township in Ingham County was the final settlement for the MAXSON family. They were a typical farm family, owning 40 acres in Section 9. Several of their daughters married young men from neighboring farms.

Joannah died in July of 1885 at only 60 years of age. Elias soon followed her in October. They are buried together in Rowley Cemetery in Locke Township. Their gravestones are a beautiful matched pair. Several of their daughters are buried nearby. 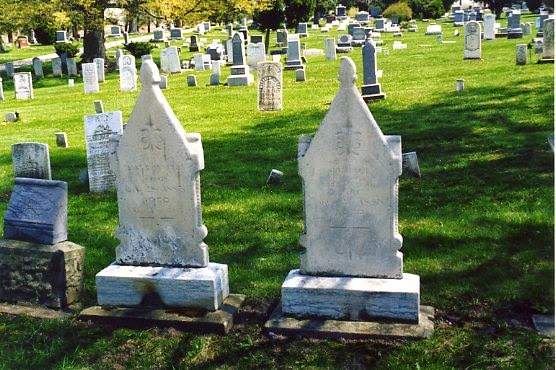 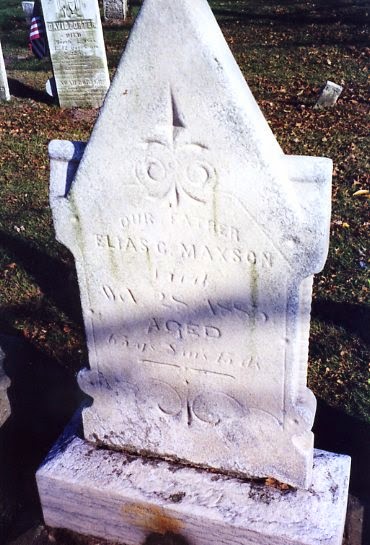 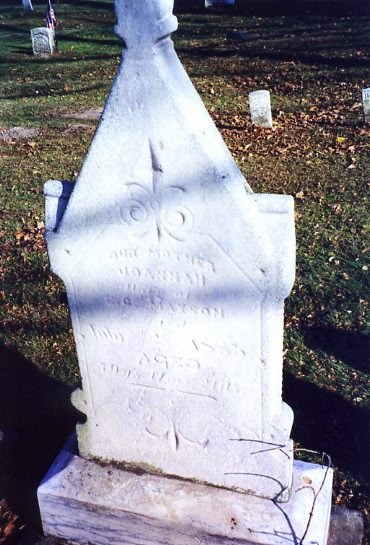 Elias' page in my database

I previously introduced the KOPKAU family, who were one of several West Prussian families to settle in Michigan. Friedrich KOPKAU and Wilhelmina STACHEL had nine known children. Their third child and first daughter was Wilhelmina, born 5 February 1871 in Peterkau, Kreis Rosenberg, West Prussia.

The KOPKAU's came to Michigan in 1873, so Wilhelmina probably had no memories of her life in Eastern Europe. They settled in Emmet County in northern lower Michigan surrounded by forests and the beaches of Lake Michigan. Her uncle, aunt, and cousins also lived in the same area, until Wilhelmina's family moved south to Lansing, sometime before 1900.


Wilhelmina, known as Minnie, married Otto Carl DORK on 18 May 1893 in Lansing. Otto was born in Charlottenwerder, just a few miles away from Peterkau.

Minnie and Otto had five children:
Minnie died 3 June 1915 in Lansing, just one year after her own mother. Minnie was only 44 years old. Otto never remarried, and used the help of the many interconnected family and neighbors in their Lansing neighborhood to help raise the children.

Minnie's page in my database

Posted by SallySearches at 8:00 AM

In 1873, Fred and Minnie as they came to be known, traveled to America with the first four of their eventual nine children. They settled in Emmet County, Michigan near Fred's brother Augustus and his family. Augustus was married to Gottliebe STACHEL. They also had a sister Henrietta, who married three times including twice to men named STACHEL.

Let's pause a moment. Are you keeping up?

This is precisely why researching this family is equally gratifying and frustrating. If ever I wanted to see a family tree in 3D, this is who I'd vote for! This was a very close-knit group of immigrants from several nearby Prussian villages, and they remained close in Michigan. In fact, it takes to about the third generation until they begin marrying outside this group of families.

The Fred KOPKAU family eventually moves on to Lansing, Ingham, Michigan. They join the Trinity Evangelical Lutheran Church which was founded in 1887 by earlier German and Prussian immigrants.

Minnie died in 1914. Fred died 10 years later, on 20 June 1924 in Lansing. They are buried together in Mount Hope Cemetery in Lansing. (photo here at Billion Graves)

Fred's page in my database