Last week I wrote specifically about Mary Ann McWEENEY RILEY of Lockport, Will, Illinois. This post will share some more details about her family.

Patrick McWEENEY, her father, was the family's immigrant ancestor. He was born about 1815 in Ireland. His wife was Mary Ann last name unknown. Mary Ann had a sister Elizabeth who was married to Charles CLIFFORD, another Irish immigrant to Lockport.

Patrick and Mary Ann had the following known family:


The McWEENEYs and associated families moved between the parishes of Saint Dennis in Lockport, and Saint James at Sag Bridge in Lemont, Cook, Illinois. These towns were both stops along the Illinois and Michigan Canal.


So many clues, so much more to find.

One Lovely Blog Award... For Me? Thank You!

Today's post is my nomination from Cheri Passey of Carolina Girl Genealogy as "One Lovely Blog!" 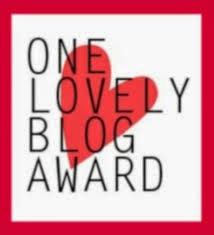 Cheri, thank you so much for mentioning me and my lil' blog! I appreciate you and all of you out there in genealogyland who read and comment!

Here are the rules for the One Lovely Blog Award: 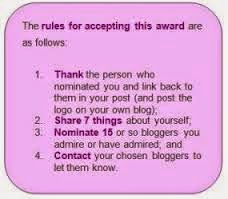 Seven Things About Me

(in no particular order, and just a few highlights)

While this greatly appreciated shout-out shines a spotlight on me for a moment, I hope you all have a chance to support more bloggers using the various nominations. As I read through my list of followed blogs, so many seem to have slowly gone the way of our ancestors. Please keep your blogging and genealogy alive - you never know who might be looking for you!

Thanks to all of you who read along and share in this ancestral hunt we are all on!

Sally
Posted by SallySearches at 8:00 PM

Her parents were Patrick McWEENEY and Mary Ann, whose maiden name is still unknown. She was the third of six known children, including Ellen, Francis, John, Patrick and Andrew.

She was born in 1843 once her parents reached North America. But she was not born in the United States; she was born in Montreal, Canada. Based on US census records, her younger brothers were all born in Illinois. I know from their birth date ranges that they came to Illinois about 1845.

This past summer, I did a little digging in the local court archives in Will County, Illinois, and was able to uncover some probate files for this family. I learned that her father Patrick was from County Leitrim, Ireland. More specifically, I learned her older sister Ellen was born in something similar to 'Latham' in Leitrim. Well, that narrows down future searching! Patrick's wife, the unknown Mary Ann, had a childless sister and brother-in-law, Elizabeth and Charles CLIFFORD, who also were residing in Lockport, Will, Illinois.

Her father Patrick was a farmer and purchased at least 40 acres on the north side of the Village of Lockport in Will County. This part of the county was near the being-built Illinois and Michigan Canal. Patrick died in October of 1851. Shortly after, his property was transferred to his widow. And then Mary Ann died in 1862.

Their daughter Mary Ann married an Irish immigrant named Thomas RILEY in 1865. Thomas and Mary Ann had four children: Elizabeth, James, John, and Andrew. They lived in Lockport for the rest of their lives.

I am fortunate to have this three-generation photo of the family, taken about 1913: 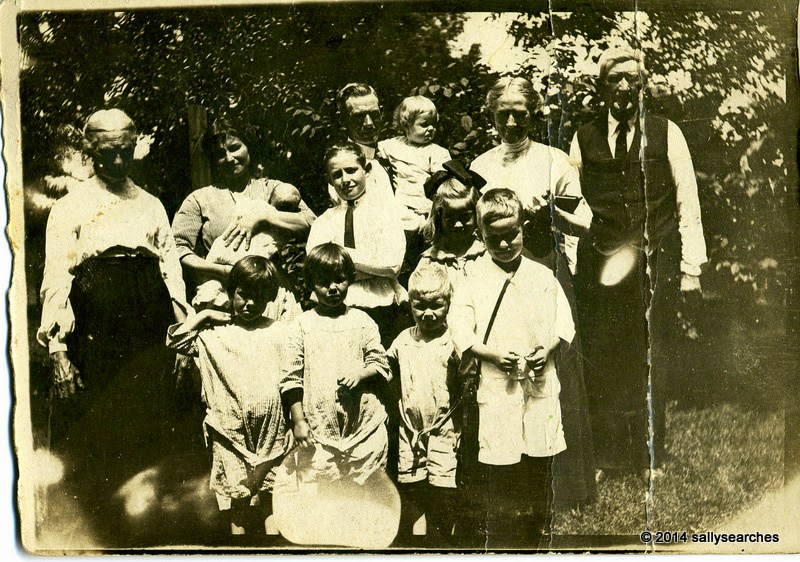 I have recently made contact with descendants of some of the other McWeeney children, so there is more work to be done and hopefully, more connections to be made, especially back to Ireland.

Posted by SallySearches at 8:48 PM

Last week, I introduced my great-great-grandmother Anna Harriet McDonald. She was the middle of three daughters born to William McDONALD and Helen 'Nellie' THOMAS.

William McDONALD worked his adult life as a laundryman, owning his own shop for several years. He was born in Scotland. All records state November but the year varies from 1844 to 1848. When he came to America is another mystery: the 1900 and 1910 censuses are either blank or list 'unknown.' And based on his death certificate, he was born on November 31st!


The earliest record I do have is his marriage. By tracking him backwards in time, I found that he married Miss Nellie THOMAS in Cleveland, Cuyahoga, Ohio on 3 October 1875. William and Nellie then had three daughters:

His wife, Helen 'Nellie' THOMAS, was the daughter of William THOMAS and Hila Melissa HASKINS of New York. The THOMAS family was enumerated on the 1850 census in Buffalo, Erie, New York and in later years in Cleveland, Cuyahoga, Ohio. The information on Nellie's death certificate was extremely detailed:

Anna 'Annie' Harriet McDONALD was a maternal great-great-grandmother. While not truly a 'black sheep,' she was certainly persona non grata in my family.

Annie was born 5 December 1878 in Adrian, Lenawee, Michigan. She was the middle of three daughters born to William McDONALD of Scotland and Helen THOMAS of New York.

Annie married Lorenz 'Lawrence' Simon HUMMEL in Adrian in 1896. They had two children: my great-grandfather William in 1896 and his sister Alma in 1903.

In a previous post about her husband, we learned that Annie filed for divorce from Lawrence, citing 'extreme cruelty' yet Annie left her husband and children behind for a tiny monetary settlement. It appears there was already another future husband in play. Their divorce was finalized in Hillsdale County, Michigan in June of 1909. Later that year, Annie remarried.

Husband #2 was Bertie J. ABBOTT. He was recently divorced and had a young son. Bertie and Annie married in Detroit and they spent time between Michigan and Ontario, Canada. Bertie worked as a railroad engineer and that may explain their various residences. They had no children of their own.

In 1915, Annie died in Windsor, Ontario after a year-long battle with tuberculosis. Though her death record states she was buried in Adrian, no cemetery marker has yet been located. She was only 36 years old. Her husband Bertie went on to marry two more times before his death in Montreal in 1930.

This is the only known family photo of Annie:


Posted by SallySearches at 6:30 AM