Here is another excellent example of a cast zinc or "white bronze" gravestone. This one is a little more ornate than the one I previously posted. This stone memorializes Dr. Augustus F. Hand and his family of Morris, Grundy, Illinois. 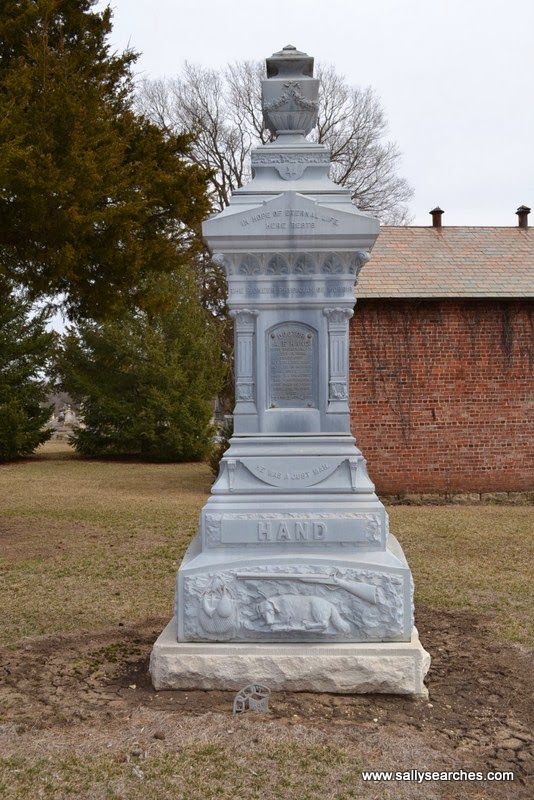 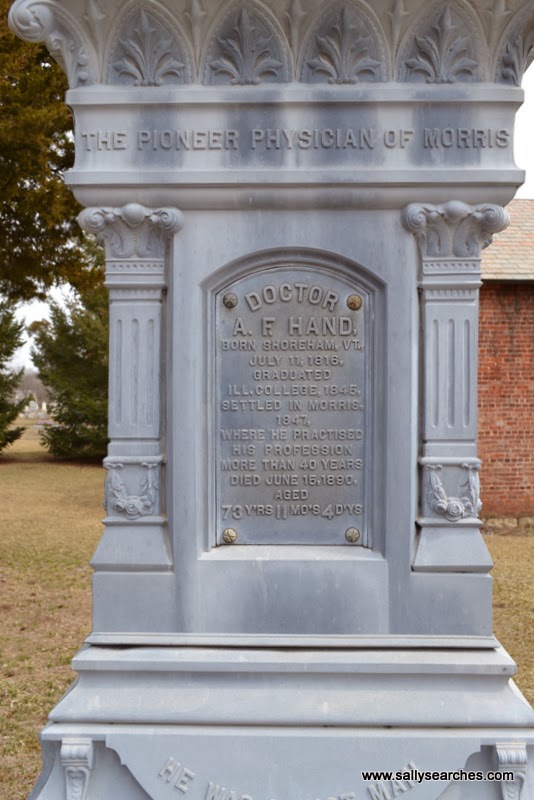 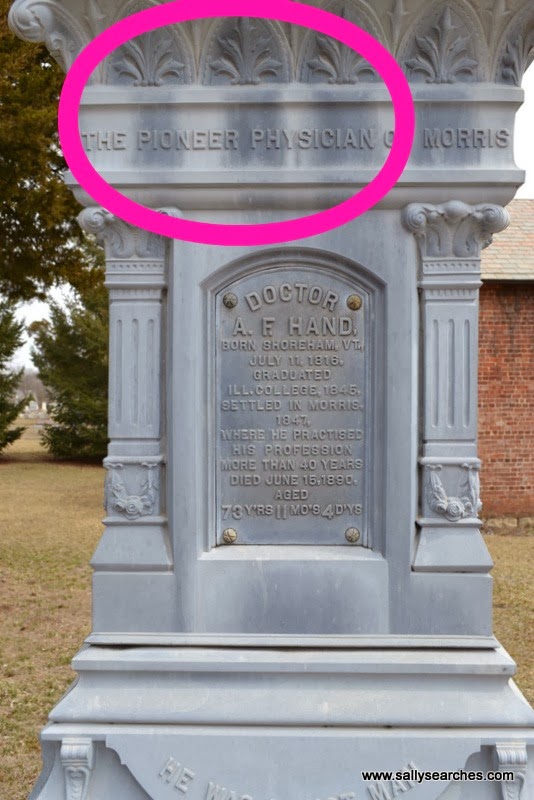 Notice the interesting wear patterns on the metal 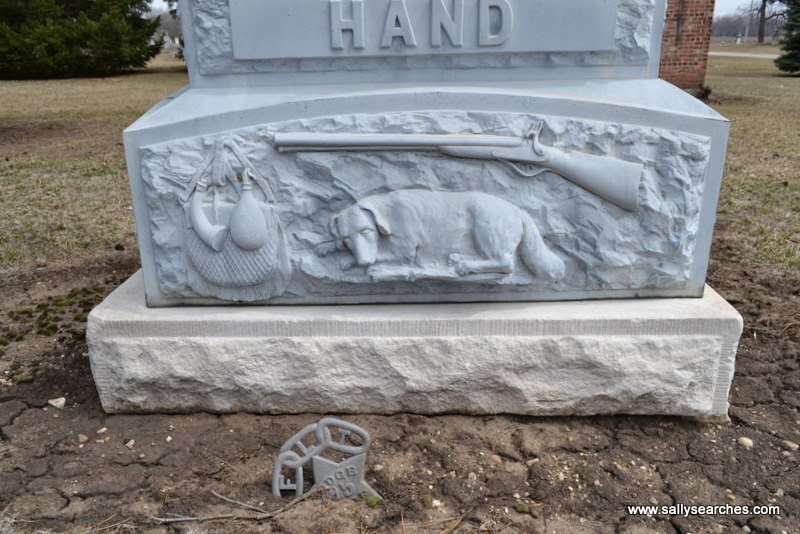 His loyal companion on the base

October is "That Month"

October. The leaves start to fall and the weather cools.

October for our family is one of the sadder months. Do you have a month like that, when sad memories creep into the calendar?

In the year 2000, my maternal grandfather and my paternal grandmother passed away within two weeks of each other. One was expected. One was not.

Let's back up a little bit, and preface this post with the fact that I am fortunate to have a family of long-livers. Three of my great-grandparents lived until I was in my teens. I didn't attend a family funeral until my 30's when my paternal grandfather died. I admit it was both a blessing and a curse. I was fortunate to have my grandparents in my life for a very long time, but finally attending a funeral as an adult was very difficult and emotional. 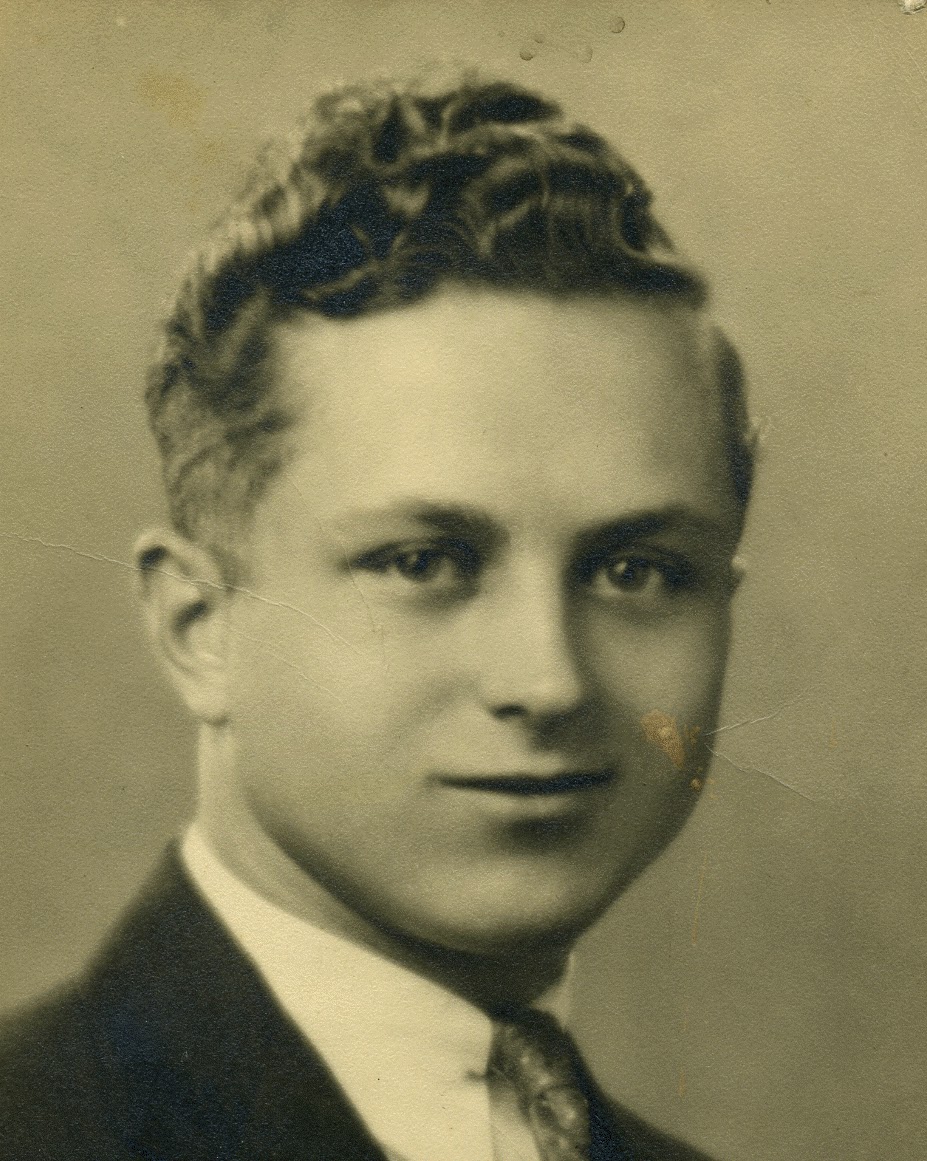 My maternal grandfather, Dallas Frederick Spencer, was born on 6 October 1914 on the Spencer family farm in Locke Township, Ingham County, Michigan. His parents, of New England stock, were Edward Spencer and Lulu Gertrude Frederick. He was the eldest of four children, and lost his mother to pneumonia when he was only 11 years old. By then, the family had moved into Lansing, Michigan and lived with various other family members including his grandmother. Grandpa eventually attended and graduated from what is now Michigan State University with a degree in civil engineering. He worked for the road and bridge division of the Michigan State Highway Department. He served in the Naval Reserve as a SeaBee during World War II. Later, he was hired by Argonne National Laboratory outside Chicago where he worked as a building construction contractor. Grandpa lived a nice long life, succumbing to the various ravages of old age. He died in the early morning hours on his 86th birthday.

My paternal grandmother, Bernice Mary Riley McBride, was born 20 October 1912 in Chicago, Cook, Illinois. Her parents, John Patrick Riley, son of Irish immigrants, and Clara Regina Blanchard, daughter of French Canadians, originally lived in Lockport, Will, Illinois. Grandma's family lived in Chicago for several years while her father worked as a construction laborer building some of Chicago's early skyscrapers. Grandma spent most of her life in Joliet, Will, Illinois raising my dad and aunt while my grandfather was a laborer in various local industries. Grandma was a long-time breast cancer survivor, and died unexpectedly from a blood clot, just two days after her 88th birthday.


I loved them both very much, and for a couple of weeks each October, I am a little forlorn.

Leaf image in the public domain 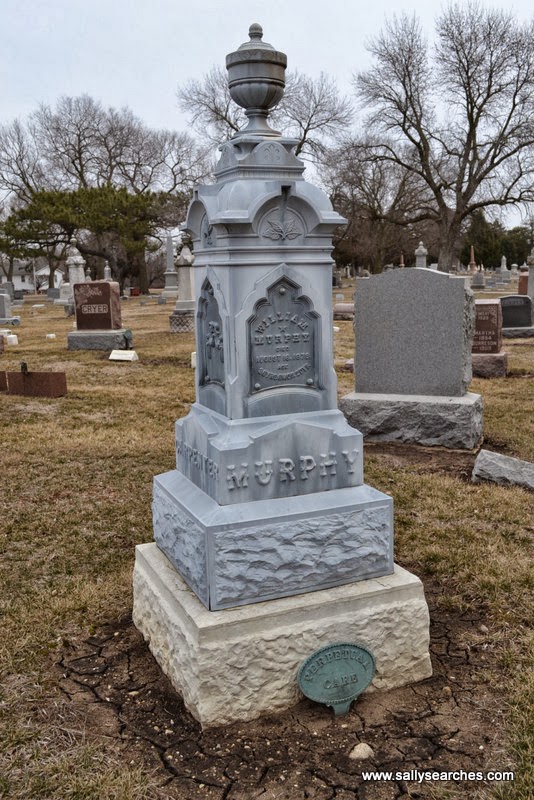 This is a nice example of a cast zinc or "white bronze" cemetery marker. They were called white bronze strictly as a marketing ploy. Their "bluish" color usually stands out in a cemetery among more traditional stones. This stone for the Murphy and Carpenter family stands atop a concrete base. 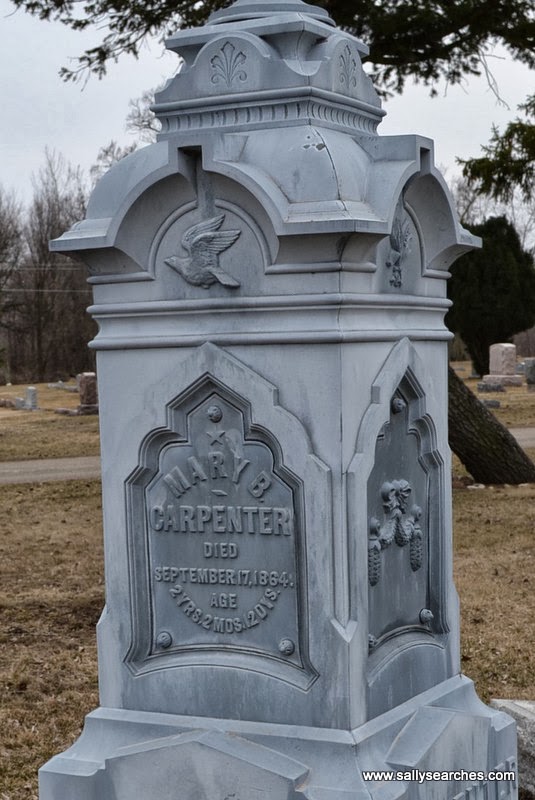 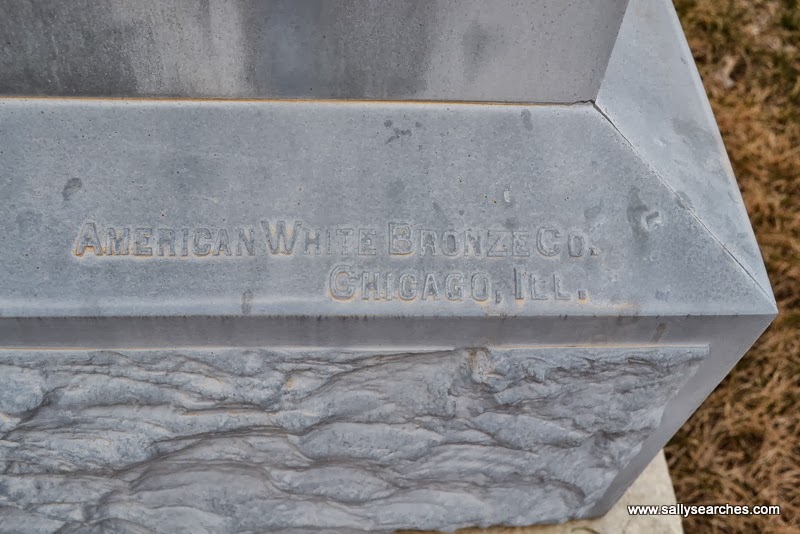 The corner of the stone clearly reads:

I love wandering through cemeteries, and the older, the better. We don't get too many really old stones here in the Midwest, but I do look for them. I am always drawn to the oldest part of a cemetery. No offense to those with large, amazingly carved markers, but I'll take a simple elegant stone any day.

As an example, this is the marker of Catherine Donohoe. I love it. 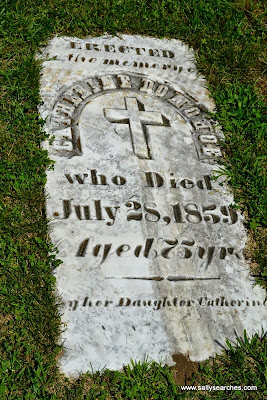 ERECTED
in the memory of
CATHERINE DONOHOE
who died
July 28, 1859
Aged 75 years
---
by her Daughter Catherine