This week's #52Ancestors is John Patrick RILEY, a paternal great-grandfather. He is the son of my last post about Thomas RILEY.

John Patrick was born in Lockport, Will, Illinois on 28 February 1872. In 1902, he married Rena Clara BLANCHARD. Together they had 11 children:

John worked in the specialized construction trade of structural iron working. A number of the children were born in Chicago, where the family moved as John labored on some of Chicago's early skyscrapers.

They made their way back to Lockport in the 1920's where they remained. They had many grandchildren to spoil as well.

John died on 4 June 1955. He is buried in a large family plot in South Lockport Cemetery in Lockport. He wife, sister Elizabeth, and several of his children are buried with him. 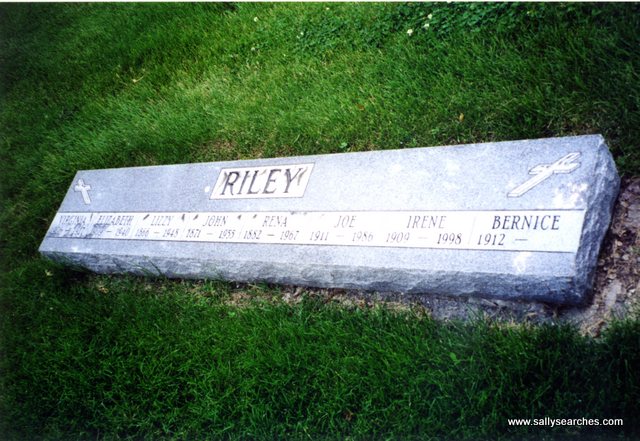 John's page in my database

My entry to the #52Ancestors calendar this week is a paternal great-great-grandfather, Thomas RILEY.

Thomas is one of my connections back to Ireland. Born about 1840, he emigrated to the United States as a child, based on information reported on census records. He married Mary Ann McWEENEY on 3 Jun 1865 in Lockport, Will, Illinois. Their marriage is listed in the county clerk index, but the clerk's office was unable to locate a copy of their actual marriage license or return.

RILEY and its variants have made it difficult to pinpoint Thomas in 1850 or 1860 census records. The fact that I don't know his parents or any siblings doesn't help, either.

He first appears in records on the 1870 census in Lockport, Will, Illinois. I love that he is listed as a 'canal captain' and Mary Ann as a 'canal boat cook.' The Illinois and Michigan Canal was a huge undertaking that employed thousands of immigrants in areas southwest of Chicago. You can learn more about the canal here.

He remained in Lockport for the rest of his life, appearing as a laborer in censuses of 1880 and 1900.

Thomas and Mary Ann had four known children:
Thomas' death record from Saint Dennis Church in Lockport states he was born in County Westmeath in Ireland, and he was 75 years old when he died. That's my only current lead in Ireland.

He died in 1915 and is buried in South Lockport Cemetery but he and Mary Ann have no stone.

Thomas' page in my database

There is that phrase people use when trying to explain the closeness of one person to another: Six Degrees of Separation.

But we'll stick to Six Degrees of Regular Folks for the purposes of this post ;)

Over the past couple of years, I've become friends with Kelly, another local mother. Her youngest and my youngest are high school classmates and cross country teammates. We have mutual friends, so as our lives overlapped, we also became friends of both the real life and Facebook variety.

Slowly, through various conversations, we discovered similar interests and backgrounds. We knew many of the same people growing up. We graduated the same year, but from different high schools in Joliet, Illinois.

Joliet is an old working-class town that was built on mining and steel, and was settled by lots of immigrant laborers from Ireland (mine), Italy and eastern Europe (hers).

Kelly and I know this history, and jokingly thought it would be funny if we really were related. But truth is better than fiction. Here's how the connection went down (in the official investigation kind of way!):

I ran into Kelly and her family, including her mother Kathleen, at our kids' cross country meet last weekend. Kelly introduced my as her crazy genealogy friend and we joked about how we might be related. Her mother asked my maiden name (McBride) and she says, 'oh I knew some McBride's when I was little!' It was my dad and aunt.

I texted Kelly later in the day for more details about her mom, then called my dad to shake loose some of his memories. Hearing the surprise in his voice was awesome!

We planned a breakfast get-together and spent about two hours talking and listening to our parents share old memories. Kelly's grandparents (Pat and Tom, her mom's parents) and my grandparents (Red and Bee as she knew them, my dad's parents) became friends as far back as the 1940's. We suspect it was through work in one of the local mills. My dad also remembers Pat's father, a widower, who lived with Pat and Tom. So we have five generations of our families intertwining over the years.

As was the social custom, our grandparents were always getting together to visit, and brought along their children. As kids, our parents played board games and socialized, too. And then, as my dad and aunt were a bit older, they didn't see their young friends again - until this week. It was a reunion 60 years in the making!

Our four grandparents stayed friends until they all started passing away. Pat was one of the last people to visit with my grandmother before her death in 2000. My dad was particularly happy to thank Kathleen for her parent's friendship with his, right until the end.

We haven't yet discovered if we're genealogically related, but all of the priceless stories I heard about our families' social relationship were more than I could ever glean from paper records.

This week's #52Ancestors is one of the women in my line who, while most likely Belgian, might actually be the genealogy alien dropped from outer space. I know a lot about her short adult life but little about her childhood and family.

Virginie Marie RICHARD is almost certainly from Belgium. Based on family lore and the cemetery records, she was born on 4 July 1849. Her adult children consistently listed Belgium as her place of birth on their own census records throughout their lives.


I do have a cousin who has written a lovely book of family stories passed down about Virginie and her husband, Louis BLANCHETTE. The book covers their lives after they met in Oconto County, Wisconsin around 1865.

I used this book as a guide as I worked on this family. But I also did my own independent research. As I rather expected, my records led to a number of different conclusions. I'm sure the book has nuggets of truth but I have also surmised that some of the stories have the people, families, and locations mixed up. No doubt this will happen over 150 years. So the information regarding Virginie may or may not be correct. I'll continue to use it as a guide for reference.

My work on other records, including census and immigration, has come to a grinding halt. I focused primarily on the 1860 census, when she would be about 11 years old, and have almost searched northern Wisconsin person by person. There was a large Belgian population, as well as French-speaking Canadians. I cannot find a single appropriate match for Virginie.

So here is what I do know:


Virginie was only 39 years old when she died. The perils of her husband and children have been written about previously in my blog.


She is one of my ancestors that I really feel is hiding on me. Sometimes you have a theory, or some inkling of a location, but with her I have nothing.

Do you have any experience with Belgian records? Ideas on a search I haven't thought of yet? Let me know!
Posted by SallySearches at 7:59 PM 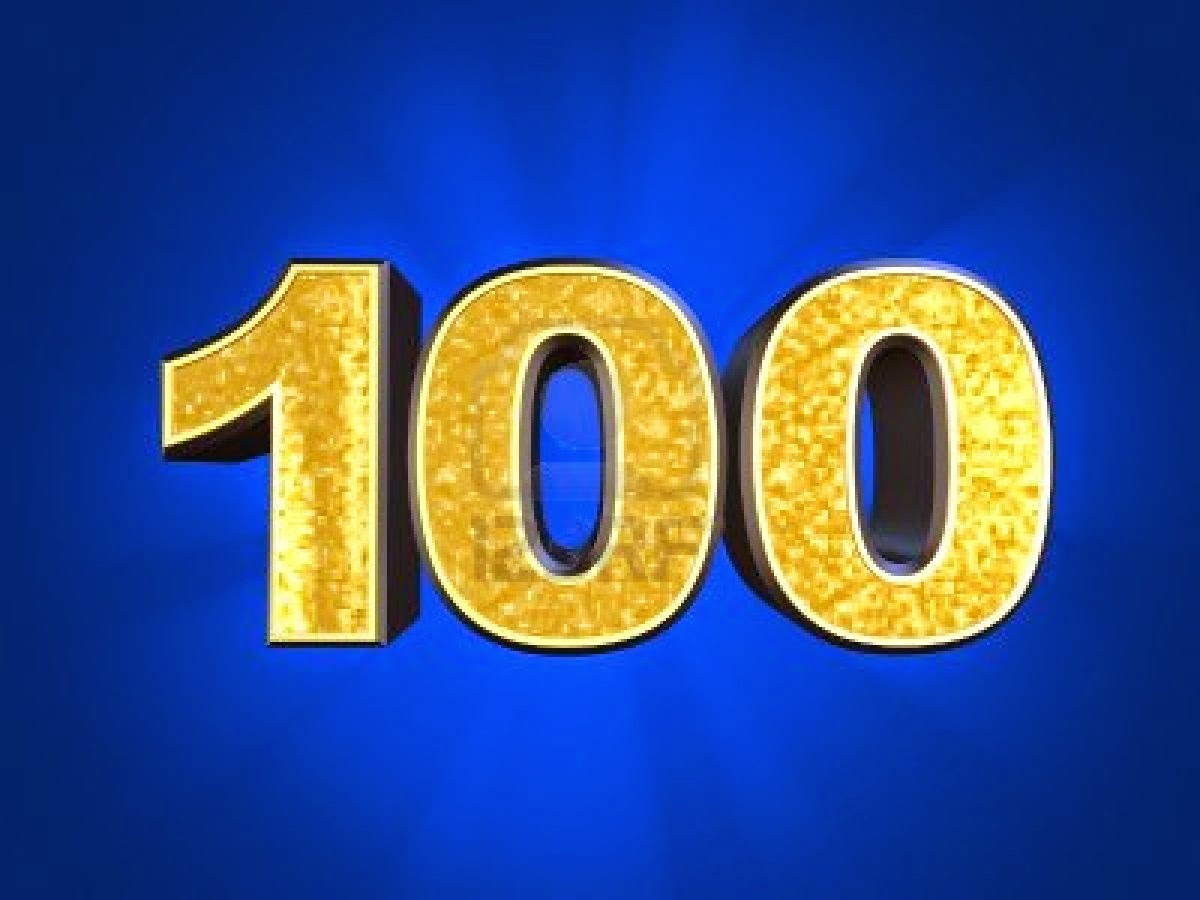 Today would be my grandfather's 100th birthday!

He also died in the wee hours of the morning on this day in 2000, which was his 86th birthday. He had been ill for some time and I always think he waited until his birthday to die.

Dallas Frederick SPENCER was born 6 October 1914 on his grandparent's farm in Locke Township, Ingham County, Michigan. He was the first child of Edward J. SPENCER and Lulu Gertrude FREDERICK.

The family moved to Lansing, Michigan when he was a young child. He attended the township school house as well as the Lansing public schools. He then attended the Agricultural College of the State of Michigan - which became Michigan State University in East Lansing. In 1936, he earned a degree in engineering, and was the first SPENCER to attend and graduate college. He was 'sponsored' by his uncle and aunt, and kept a detailed ledger book of every penny spent and every grade received, so as to properly pay them back.


Dallas married in 1939 and in 1940, became a father. He then trained as a Naval officer and served in World War II, both in California and Japan. His engineering background helped him in his tasks as a SeaBee, lingo for the construction brigade.

After the war, he returned to Michigan, now with two daughters. He worked for the State of Michigan road and bridge department. In 1950, he accepted a position at Argonne National Laboratory, outside Chicago, and helped manage the site construction projects. Argonne was born as a scientific research lab after the Manhattan Project. He retired from Argonne in 1979.


My grandfather was very proud of his two daughters and six grandchildren. He did much to encourage us to attend college or learn a trade. Grandpa's signature look was a bowtie. He wore one to work every single day! And his hair was snow white for my entire lifetime. (I'm glad my younger brother inherited the early greying and not me!)


Today is both a happy and sad day. I really miss him. Happy Birthday, Grandpa!

Posted by SallySearches at 9:50 PM

This #52Ancestors post now switches back to my old Prussian roots on my maternal side of the family. I'll share some information gathered about my great-great-great-grandmother Caroline 'Carrie' PAPKE DORK (or DOERK).

Carrie was born 2 June 1840 in (then) Charlottenwerder, Kreis Rosenberg, West Prussia, which is now Redaki, Poland. Redaki is a very small village about 90 miles / 140km south of Gdansk.

I wrote several posts of my search through maps and microfilms for my Prussian ancestry. Here are a few if you wish to read my process. Otherwise, I am skipping right along to the DORK's.

Seriously, genealogy is fun for me, but when I work on the DORK family, I cannot help but smile!

Carrie's parents were Gottfried PAPKE and Augustine or Augusta FETZKE. I have yet to get back farther on her parent's lines, nor do I know their marriage date. They did have at least three other children: Augustine, who married Carl WALDOWSKI in Charlottenwerder, and Gottfried and Wilhelm, who both died as young children.


What became of husband Carl is a mystery I have not yet solved. I did not find his death record in any of the microfilms I have reviewed so far. I do know that in 1882 on the ship Braunschweig, Carrie and all of her younger children left West Prussia and landed in America.

I learned a lot and have more to learn:
Carl the younger would have been about 22 years old at the time of this emigration, plenty old enough to go on his own ahead of the family. I know that Auguste was obviously on the voyage but have no other records of her in America...yet. My supposition is that both Carrie's husband Carl and her father Carl died, so the rest of the family left for America.

On this ship list, I found three other family names that all settled in the same area of Lansing, Ingham, Michigan with the DORK's: RIEMANN, SCHIFRANSKI, and SZCZPANEK. This 'group migration' is a very interesting topic, one I hope to explore in later blog posts.

Carrie lived to see six of her seven adult children marry and have grandchildren. Carrie died on 15 March 1900 and is buried in Mount Hope Cemetery in Lansing. 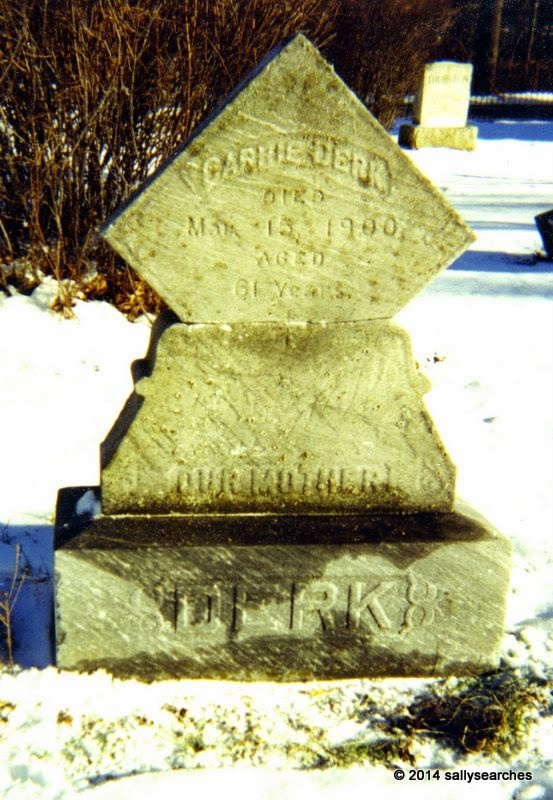 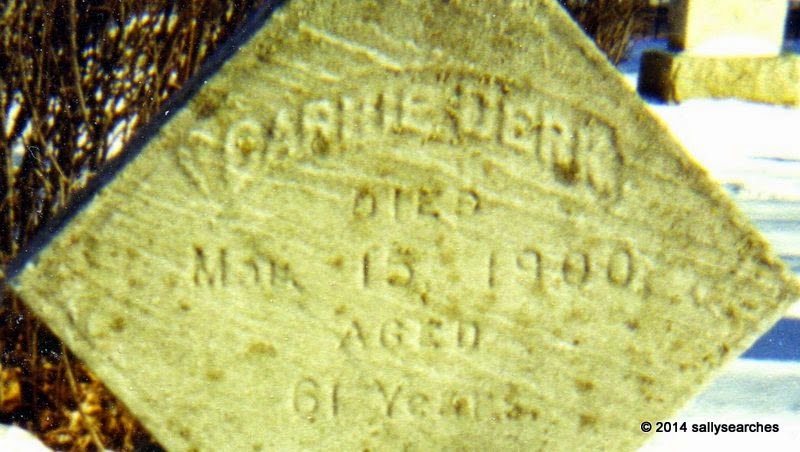 Carrie's page in my database

Posted by SallySearches at 8:52 PM