I was recently featured in the +Genea Bloggers series by +Gini Webb called "May I Introduce You..." Thank you so much for the opportunity!

Here is a link to the article.

And thank you to all who continue to blog about your ancestors. Reading about everyone's ancestors and successes and brick walls is always inspiring!

My choice for the 52 Ancestors Challenge is one about whom I have written several past posts:

It could also be subtitled:    Family Stories vs Discovered Facts.

Better yet:    Oh Louis, Where Art Thou?

We shall begin in the middle. I had the opportunity to visit a couple of times with a cousin of my dad's, also a descendant of Louis BLANCHETTE. She, like me, was an avid family history researcher. Over time she gathered many wonderful documents, and being a generation older than me, many family stories as well. I do not know the circumstances of her hands-on research, or how exactly she latched on to a particular Louis and his named parents.

Once I became fully engaged in researching this family, I discovered that this particular Louis, the one my cousin determined to be our ancestor...died at age one. Off searching I went, for 'our' Louis.

More details of my search for Louis can be found [here], [here] and [here].

One of the best record sets I have been able to search are the Drouin records, available on Ancestry.com, and on other websites. The Drouin records held the clues to Louis' existence. Drouin baptismal records give full names of parents and maiden name of mother, and many records have this information in marriage and even death records. It is then a puzzle to connect the right family groups.


Finally my four years of high school French (and Google translate) come in handy. This record states Louis BLANCHETTE was baptized 19 June 1838, and his parents were Seraphin BLANCHETTE and Marie-Edesse DIONNE. The Blanchette's had their children baptized at various churches and missions, but lived primarily in the village of le-Baie-du-Febvre, north of Montreal along the Saint Lawrence River.

Louis left his birth home as a very young man and eventually joined his older sister Julia in Saugatuck, Allegan County, Michigan. There he plied his forestry skills working in saw mills. He enlisted in the Civil War after moving to Chippewa County, Wisconsin. He served as a river driver, sending lumber down the Mississippi River to Louisiana, where his French would be useful.

Back in Wisconsin, he married and was father to 14 children, nine of which reached adulthood. My cousin gathered and wrote many wonderful stories passed on about the difficulty and joy of raising a family in the north woods. Sadly, his wife died giving birth in 1888, and Louis was forced to send some of his children off to other homes, including my great-grandmother Rena.


Louis died in Chippewa County on 26 November 1923. He is buried in the predominantly Catholic Hope Cemetery in Chippewa Falls, Chippewa, Wisconsin. His gravestone is dated 1840. Louis died never knowing his real birthdate. His pension request forms after the Civil War are very vague, listing what he suspected to be his approximate birthdate.

I am amazed that he survived 85 years, considering his challenging youth, the difficulties he endured during the Civil War, and in raising his family. I take comfort in knowing that I am descended from such hardy stock.

[Note: It was records regarding his sister Julia that helped me conclude that I had indeed found the 'right' Louis BLANCHETTE. Fortunately, many of the family's baptismal records and some census records exist as confirmation.]

Louis' page in my database


Posted by SallySearches at 9:00 AM

Week Three of the 52 Ancestor challenge brings me to possibly the one ancestor who is not a blood relative. She has a very important role in my paternal family tree, though.


Catherine ALLEN is a part of my coal mining immigrant family from Ireland and Scotland to the 1870's boomtown of Braidwood, in Will County, Illinois. She was born 8 July 1855 in New Mines, Schuylkill, Pennsylvania. Her parents, Thomas ALLEN and Elizabeth GOODWIN ALLEN, were recent immigrants to the United States from Scotland. Thomas and Elizabeth had 13 children, nine in Pennsylvania and four more after their 1866 arrival in Braidwood. Catherine was third born but the first to survive childhood.

On New Year's Eve of 1878, at age 23, Catherine married another local Scottish miner, Robert KERR. Robert was a recent widower with a young daughter, and Catherine could fit right into his family. Robert was also my great-great-grandfather.

This copy of Catherine and Robert's marriage return is one of my favorite documents. Illinois recorded marriage returns as early as 1836 but few survive. This is one of only two pre-1900 returns I have been able to locate for my family. It is filled with demographic information. Isn't this record amazing?!

I was also pleasantly surprised to see that they both signed their marriage return.

Catherine and Robert had a family of 12 children between 1879 and 1897, plus Robert's daughter Maggie, my great-grandmother. They lived for many years in Braidwood until the coal mining boom subsided. Many laborers, including Robert, moved north to the city of Joliet to find work in the mills and prison.

Catherine was a member of the Second Presbyterian Church and the Good Hope Temple No. 153 of the Pythian Sisters.

Catherine died on 2 May 1932 at age 76 as the result of heart failure. She was buried in Elmhurst Cemetery in Joliet, alongside Robert and several of her children and siblings. 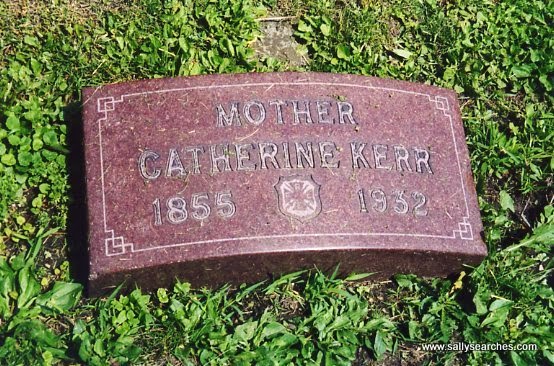 Catherine's page in my database

I did not plan on posting today, but read something this morning that I almost couldn't believe.

I subscribe to the weekly email from the New England Historical and Genealogical Society (NEHGS). The email, entitled 'The Weekly Genealogist,' always has great links and stories of interest. For the last few years they also have a Survey. I look forward to it every Wednesday. Last week's survey posed several questions about writing and reading blogs.

Are you sitting down?

FIFTY-SEVEN PERCENT of their almost 4,000 responders read NO blogs.

Here are the results of the survey:

I know blogging may not be the most popular method of reaching out to the internet, but a lot of people sure still do it. I was one of the 3% reporting that I read 'More than 10' blogs per week.

Only 4% replied they write a blog. Is it us writers that are also the readers? Perhaps the readership for NEHGS skews older, and therefore fewer subscribers also blog? Maybe this email goes to more casual researchers?

Theories abound. Any opinions? Are you surprised, too?

Welcome to Week Two of #52Ancestors.

This week's post is the father of last week's subject:

My early information regarding Daniel ACKLEY (or in older records, AKLEY or AKELY) is still somewhat foggy. He will be a brick wall ancestor with an asterisk: I have some sketchy data but not a lot of definitive information on his early life. He's one requiring more research.

Piecing his life and family together has been an illustration of using collateral lines and group migration. Many researchers have Daniel's birthdate and place as 18 April 1799 in Delaware County, New York. He is supposedly a son on Revolutionary War soldier Jacob ACKLEY and his wife Phoebe JENKINS.

Daniel married Rachel PHELPS, daughter of James PHELPS, in the late 1810's. I do not know if they married in New York, where the families originated, or in Madison County, Ohio where they were enumerated in 1820.

Daniel appeared on the following censuses, including 1820, above:


The dates and locations match the locations of their children's births. Nancy, from last week's post, and her brother James were born in Rose Town. I am confident of the family trail during their time in Michigan. Daniel is also listed in the Shiawassee County deed records as having purchased two parcels of land from James PHELPS in 1841.

Rachel PHELPS ACKLEY died in 1844, as did her father. In 1845, Daniel remarried a much younger neighbor, Nancy Martha SECORD and they had two more children.

Daniel ACKLEY died 25 Jun 1862 in Shiawassee Township and was buried in Fremont Cemetery. I was fortunate to be able to visit their graves.

Daniel's page in my database

This is my first #52Ancestors post. The theme of '52 Ancestors in 52 Weeks' was created by Amy Johnson Crow at No Story Too Small. It's pretty self-explanatory. The hard part will be in the choosing. I'll start easy: alphabetically.

Without further ado, my first ancestor introduction is: 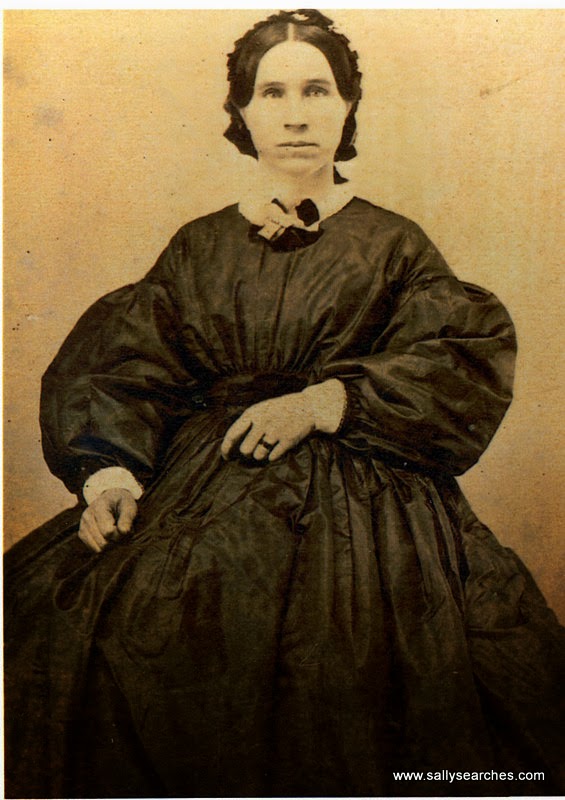 Nancy Ackley was born 10 September 1828, likely in Rose Town, Wayne County, New York. She was a daughter of Daniel Ackley and Rachel Phelps.

The Ackley family was in Shiawassee Township, Shiawassee County, Michigan by the time Nancy married William Frederick, a neighbor, in 1847.

Nancy was William's second wife and a stepmother to his two daughters. Nancy and William had four known children, though I can only find two living to adulthood. They were a farming family, owning property first in Shiawassee County, then south in Locke Township, Ingham County, Michigan. They resided in Locke from the 1860's until their deaths. Nancy died in Locke on 10 December 1896, and is buried in Rowley Cemetery in Locke Township. 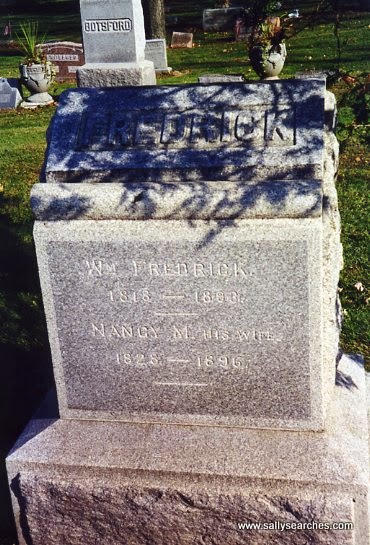 Nancy's page in my database 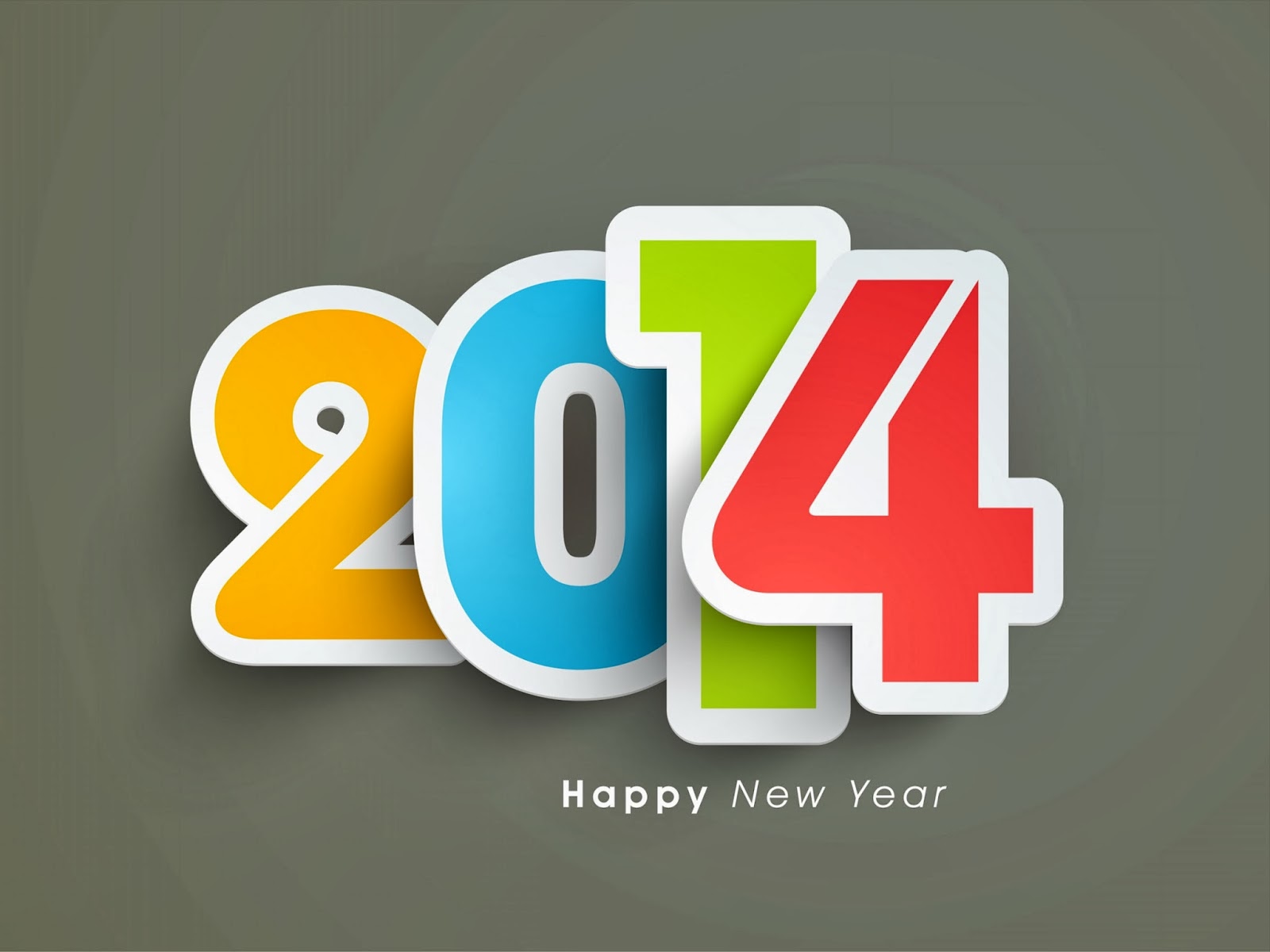 I've been a little slow to rev up 2014 blog posts. I read the #SNGF post by Randy Seaver floating around the genealogy corner of the internet. The challenge is to count the number of ancestors you have uncovered by generation. Alternatively, it is a way to see what's really left to find and that genealogy can never really be finished. Numbers? I'm in!

Good luck to all those who hope to "up" their scores. I know I'll be trying.