Everyone has a SMITH in their tree, right?

Some SMITH's you have lots of information on and others, well, not so much. My #52Ancestor falls into the 'not so much' category.

I know more about her from the end of her life going backward, so we will start at the end.

Joannah died 12 July 1885 in Locke Township, Ingham County, Michigan at about age 60. She is buried in Rowley Cemetery next to her husband Elias C. MAXSON. 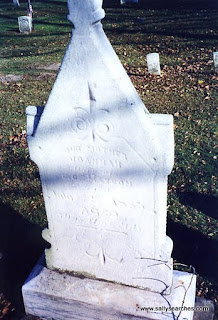 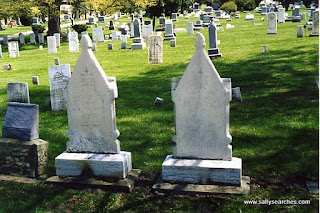 The MAXSON's were enumerated on the following censuses:

Their second daughter Hannah was born in Marion Township in 1849, and their oldest daughter Susannah was born in 1845 in New York. Like many other families in Ingham County, Michigan, the MAXSON's migrated westward from New York. Elias MAXSON was born in Wyoming County, New York, so it is pretty likely that they were married there as well.

There were a few SMITH families in the same part of Wyoming County as the MAXSON's. But with their marriage before 1850, there was no opportunity for Joannah to be listed individually on a census. And attempting to guess which family she may be from is just speculation.

Some day, though, there will be that elusive record that points me to Joannah's family.

For now, I'm glad I only have one SMITH line of descent.

Joannah's page in my database