Tombstone Tuesday - Woodmen of the World

I had heard about "Woodmen of the World" gravestone symbols, but had never seen one in person...until this summer. This simple marker bears the Woodmen engraving. 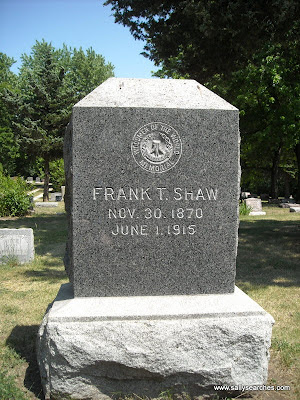 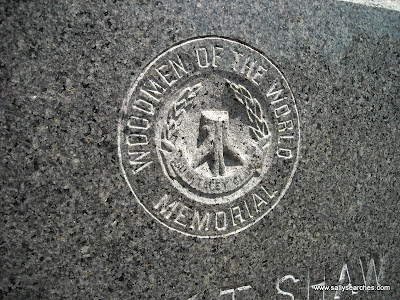 Frank Shaw worked as a carpenter, according to the 1900 census of Channahon Township, Will County, Illinois. He was only 44 when he died at a Chicago hospital. He is buried in Willard Grove Cemetery near Channahon.
***
© 2012 Sally Knudsen