Midewin National Tallgrass Prairie is the first national prairie established under the auspices of the US Forest Service.  Located about 40 miles from Chicago, Illinois, it has seen many changes over time.  Midewin (mi-DAY-win) was home to Native American tribes, including Potawatomi, Sauk, Ottawa, and others, for hundreds of years. 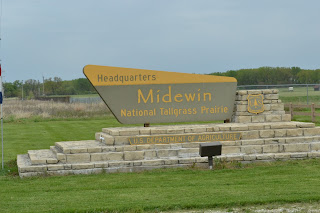 Settlers from the Eastern US began arriving in 1829.  Included on the present Midewin property are 5 pioneer cemeteries. Unfortunately, they are still on government land and only available to visit by escort. During the World War II era, the land was purchased by the federal government and the Joliet Army Ammunition Plant was created. 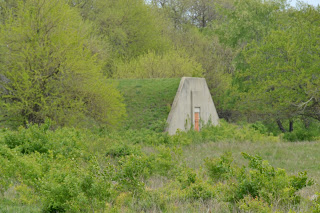 Munitions and ordnances were manufactured here and the safety bunkers still dot the landscape. It was a little odd, hiking along, and then...boom!  There's a bunker hidden in the earth. 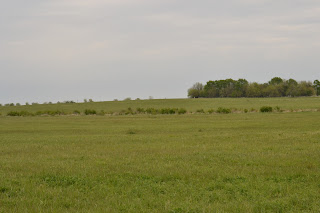 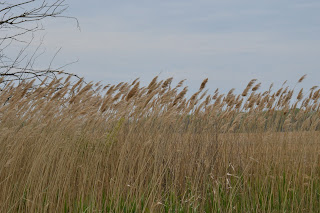 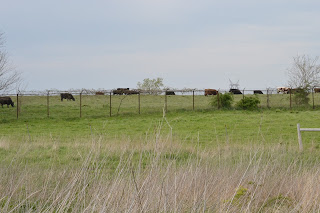 Midewin is from a Potawatomi word for "healing". The land is now being reclaimed as a natural prairie. And a beautiful place to visit on a spring day.