A Sole Soul on the Prairie

On a recent visit to Midewin National Tallgrass Prairie, I learned there are 5 pioneer cemeteries on the property.  They are only open for visiting by escort or during special programs in the summer.

There is one grave that is open to visit: that of George Newton. 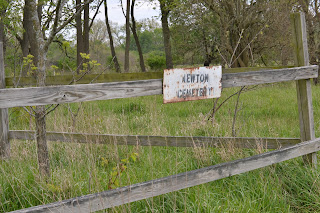 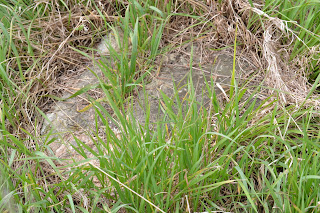 Like many of the early settlers, George Newton was a young man from Vermont.  The local stories say that Newton was a farmhand who died along the trail on which he is now buried.  A stone marker was erected, and the Newton Cemetery and single grave has been cared for ever since. George's life is short on details but his death is marked forever. 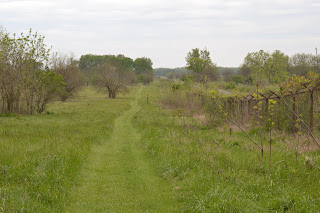 along Newton Trail, the cemetery is after the far stand of trees 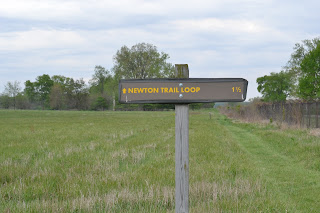