The Hummel's Go To Church

Johann Lorenz "Lawrence" Hummel and his wife Christina Carolina "Carrie" Ebinger married in Coldwater, Branch, Michigan in 1869 and likely had their first child, David, there as well. By 1880, the new family resided in Adrian, Lenawee, Michigan, where they would remain for some time.

Part of retaining their immigrant heritage was joining a traditionally German Evangelical Lutheran congregation. In Adrian, it was St. John's Lutheran Church. 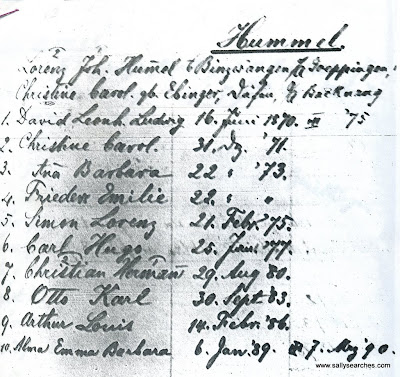 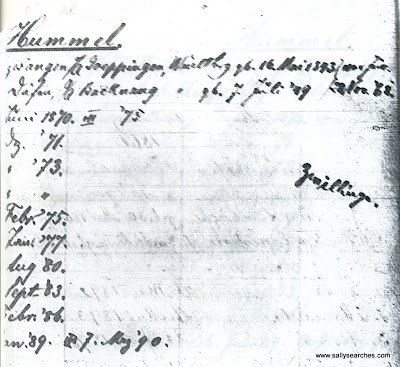 These are the church registers for the Hummel family, completed at St. John's in Adrian. It lists Johann Lorenz and Christina Carolina and their own dates and places of birth... in Germany! Then it lists in order their ten children. Dates of birth are in the second column and dates of death for David (#1) and Alma Emma (#10) are in the third column. Also note "zwillings" in the final column - zwillings is German for twins. 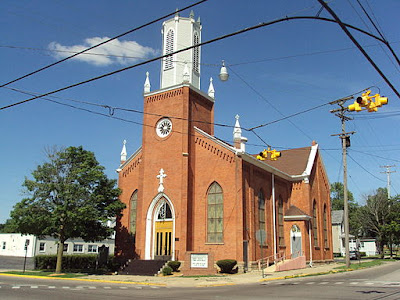 St. John's was dedicated in 1862 and expanded to its current form in 1896. It was listed as a Michigan State Historic site in 1981, and listed on the National Register of Historic Places in 1984. It has held services continually since its construction in 1862.

Here are some links to explore:

St. John's Lutheran Church register, copy from microfilm, obtained as a paper copy from a paid researcher on 1999

Photo from WikiMedia Commons in the public domain