Christine Carolina "Carrie" EBINGER was my great-great-great-grandmother. She was one of several German immigrant ancestors who came to America in the second half of the 19th century. I know the basics about Carrie's life but I am ready to learn more. Sometimes her name was written as Carolina Christine. I use them interchangeably.

Carrie was born on 7 July 1849 in Dafern, Backnang, Wurttemburg, Germany. I know this from the family register of St. John's Lutheran Church in Adrian, Lenawee, Michigan. After Carrie's marriage to Johann Lorenz HUMMEL in 1869 in Branch County, Michigan, the young family moved to Adrian. Fortunately, the recordkeeping in the Evangelical Lutheran church practices included family registers (below, in two parts). The first line lists facts about Johann Lorenz HUMMEL and the second about Carrie, including date and location of birth and Carrie's maiden name: 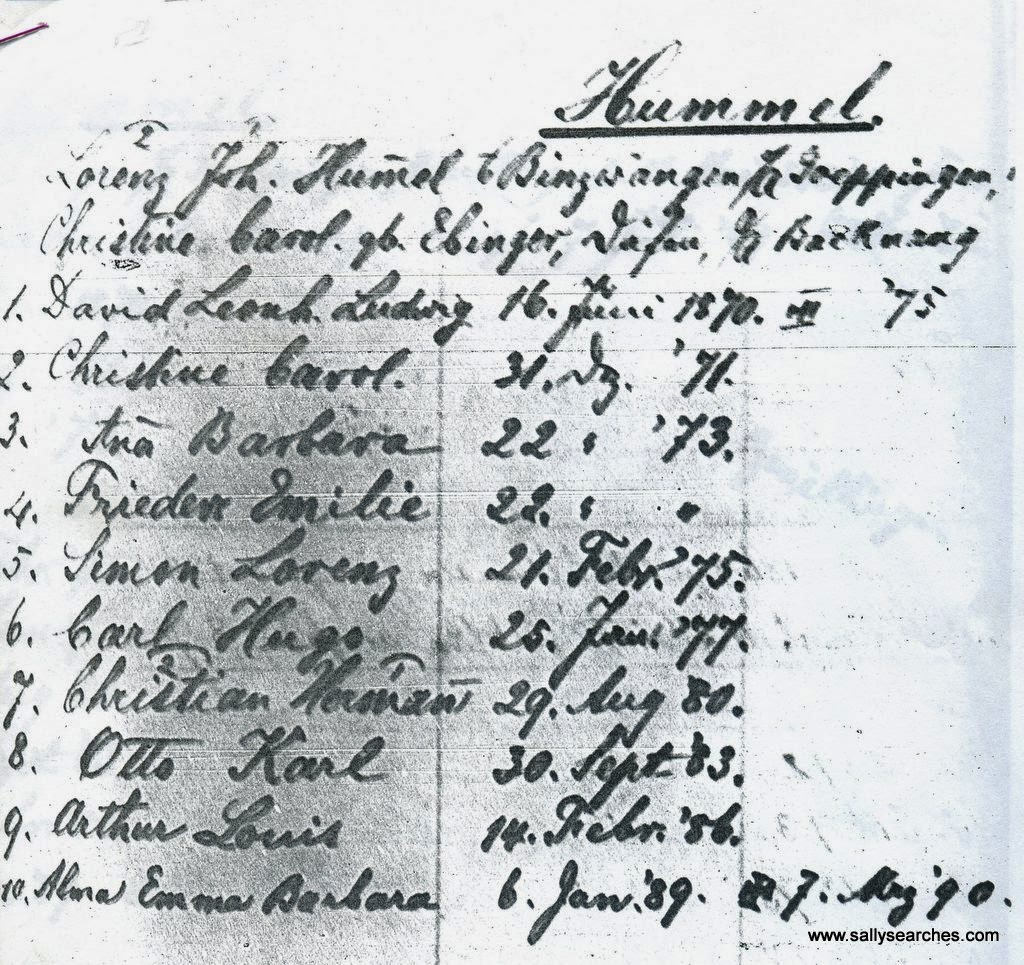 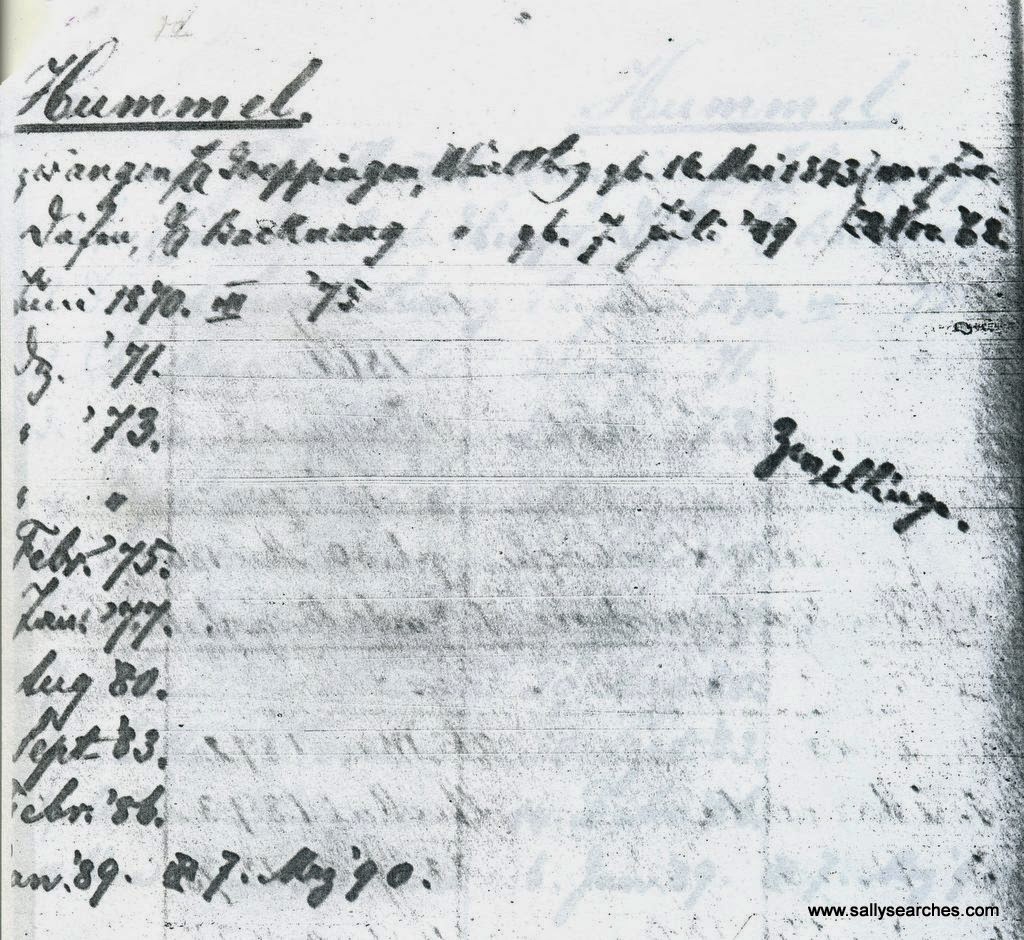 The HUMMEL family remained in Adrian. Carrie died there on 28 March 1895 at age 45 of an intestinal cancer. She left young children along with her beloved husband Johann.

In my searches in America for other possible records, I located a Frederick Carl EBINGER in Trumbull County, Ohio. Turns out, Frederick married Barbara Catharina HUMMEL, sister of Johann HUMMEL. Frederick left a Will and probate file after he died. It helped piece together his family.

Between the two siblings, I hope to get back to their German roots. It appears only pieces of their family emigrated to America. I have a pretty substantial timeline for them after arrival. One stumbling block may be how common their first names are. Another is how rare their surname is. I find very few EBINGERs and they are often interchanged with EPPINGER, which is not at all their family. But it's a start!


Carrie's page in my database

Posted by SallySearches at 8:13 AM