Week Fifteen of the #52Ancestors challenge brings me alphabetically to my F's. This week's post is in honor of my great-grandmother, Lulu Gertrude FREDERICK SPENCER. 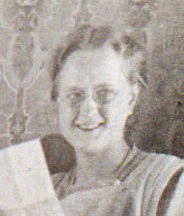 Gertrude, as she was known, was born on 11 October 1892 in Locke Township, Ingham, Michigan. She was the second of three children born to Milan FREDERICK and Laura Ann MAXSON. As many young farm girls did, she married her neighbor, Edward J. SPENCER. Their wedding took place on 11 October 1913, Gertrude's 21st birthday.

(They may be my own family, but I think this photograph is STUNNING. It is one of my favorite keepsakes.)

They lived on the SPENCER family farm, just a mile or so down the road from her parents. Their first child, my grandfather Dallas, was born on the farm the next October, followed by Forrest in 1915. By 1920, family circumstances forced the family to leave the farm (story here) and move into nearby Lansing. They had two more children, Genevieve and Edward, during their time in Lansing.

October of 1925 spelled the end of young Gertrude. She succumbed to pneumonia just two days after her 33rd birthday. Her youngest son was only six months old and her oldest was only 11. The idea of growing up with no memories of your mother makes me sad. Gertrude was so lovely in photographs. I was fortunate to know several of my great-grandparents. I wish I would have known Gertrude, too. 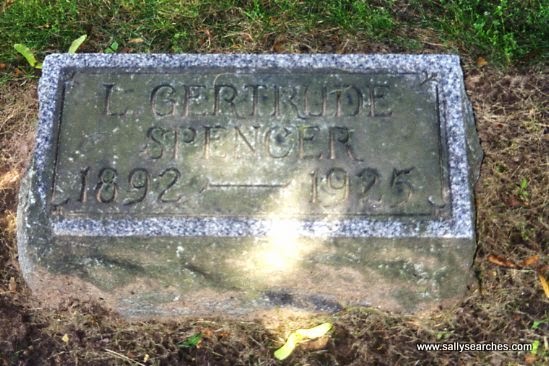 Gertrude is buried in Rowley Cemetery, in Locke Township, next to her husband Edward.

Gertrude's page in my database