When William died in 1893, this brief announcement was posted in the local newspaper, the Williamston Enterprise, which published local news for rural townships east of Lansing, Ingham, Michigan. The Enterprise was a weekly paper, typical of the times in carrying several columns of local comings and goings.

Hmm, shoemaking? I had always assumed (yes, I know) that he would have been a farmer, like all the other heads of families in the area. A check of the censuses may explain his occupation:

Clearly, we can see that William spent his later years as a farmer. But on the 1850 and 1860 censuses, William did indeed practice the trade of shoemaking. I suspect he likely did both.

William was born in New York on 21 October 1818. He was in Michigan by 1840. He first married Amanda CHAFFIN in Oakland County, Michigan in 1841. Together they had two known daughters, Mary Jane (a teacher, no more information) and Josephine (married David H. ADAMS). Amanda died in 1845.

William had six known children. Three of them can be traced through marriages and families of their own. Interestingly, the other three appear on one or two censuses, and no more has been found to date.

In 1893 at age 75, William died in Locke Township in Ingham County. He is buried along with his wife Nancy, and their son Milan. 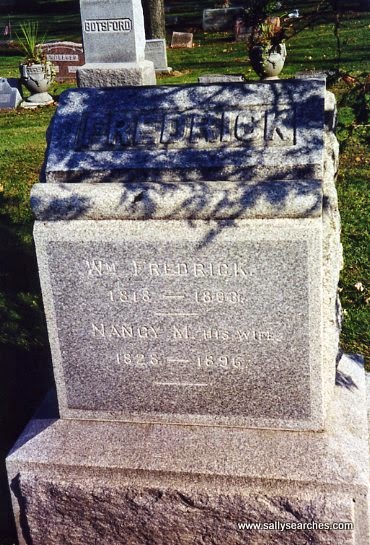 But William leaves me with many nagging questions to follow up:
William's page in my database