Asa SPENCER is a the father of Wright SPENCER of my last post. He is also my most distant SPENCER to date, and by definition, my brick wall.

He's probably more of a brick wall that I created, due to lack of time, travel budget, and familiarity with possible New England records in which to search.


Once I located his son Wright and analyzed the families and records regarding the Town of Sheldon and Varysburg, Wyoming, New York, I found Asa SPENCER - pretty much in the graveyard. He is buried with his wife Sarah CALKINS in Varysburg Cemetery: 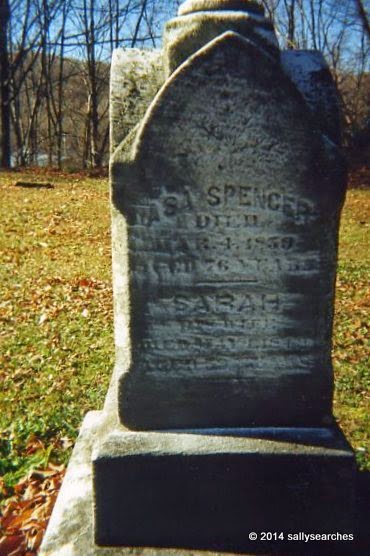 He died in 1859. On the 1850 census he was listed as being born in Rhode Island. His children were pretty consistent in naming Rhode Island as their father's birthplace on later censuses, but sometimes they said Vermont. Still a good clue!

Asa appeared on the 1830 and 1840 censuses in Town of Sheldon. Tracing him backwards and knowing that my ancestor Wright was born in Shaftsbury, Bennington, Vermont, I found Asa there in 1810 and 1820.

After that, it gets foggy. Asa and Sarah's first known child was born in 1808. So their marriage was likely around 1805-1807. And Sarah's family came from up the road in Arlington, Bennington, Vermont. There are several SPENCER's in both Arlington and Shaftsbury, but from my (mostly) online wandering, I cannot locate an appropriate family.

In 1800, Asa would have only been about 17 or 18, not married and very unlikely a head of household.

Some of the other resources I have checked are Arnold's Vital Records of Rhode Island, 1636-1850 and writing to the Bennington Museum. Nuttin'.

I do have this though: 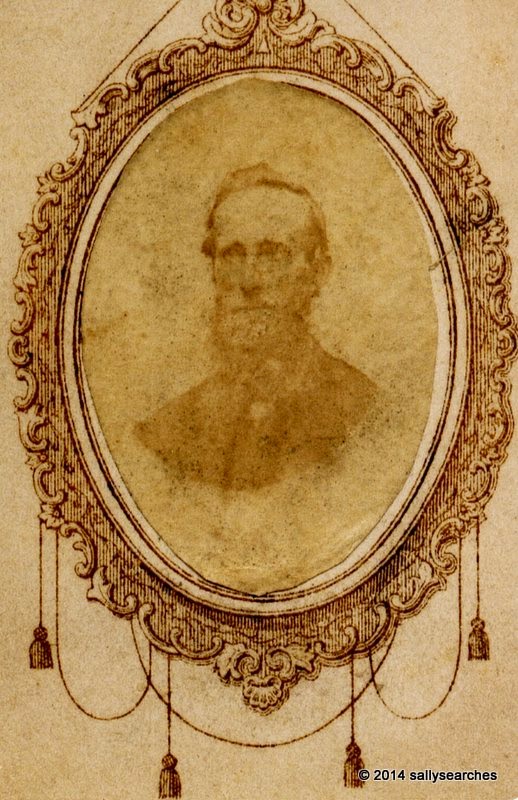 I can console myself knowing what my ancestor born in 1783 looks like even if I don't know his family!

Any ideas on searching in 1800ish Vermont? Or migration patterns from Rhode Island to Vermont? Or are you my SPENCER cousin? Let me know!

Asa's page in my database