As we reach the end of the year, and in my case, the alphabet, my penultimate #52Ancestors entry is a maternal great-great-great-grandmother.

Amelia S. TENNEY (or possibly TENNY) was born about 1839, probably in Monroe County, New York. I have had quite a lot of difficulty locating Amelia with her birth family at any point prior to her marriage. You would think a fairly unique name like Amelia would help, but not so far.

Over the years, I have formed some hypotheses about her beginnings. I worked with distant 'cousins' met on message boards who are certain my Amelia is part of their TENNEY family. Based on her census age and birthplace, I can narrow down suspects. It doesn't help that her purported father, Henry TENNEY died before the 1850 census and her purported mother, Harriet NOBLE, remarried at least two more times. That certainly broadens the playing field.

Her first good record is her marriage to Jacob COUNTRYMAN on 2 November 1855 in Iosco Township, Livingston County, Michigan. Harriet was only 16 and Jacob about 19. Jacob was orphaned at a very young age in next-door Ingham County. Now if Amelia also had a transient upbringing after her own father died, that might help explain why neither Amelia or Jacob, who could be working out as help, appear in census records. They did not have [surviving] children for almost nine years. Perhaps they were waiting to have more stability before having children? ...or had children that didn't survive? ...or just plain moved a lot? I may never know.


They did have five daughters:


The children were all born in Tompkins Township, Jackson County, Michigan between 1864 and 1876. The family eventually moved just north into Ingham County where they remained. Amelia died 9 June 1891 according to her gravestone. They are buried in Graham Cemetery in Woodhull Township, Shiawassee County, Michigan. 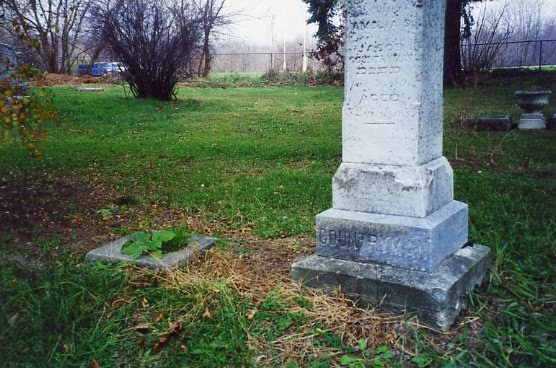 For future researching, I will continue on the leads I presently have. Interestingly, Harriet NOBLE, Amelia's purported mother, descends from some very old Massachusetts colonial lines through her NOBLE/CALLENDER and DEWEY/HAWES families. My own DNA results have connected me with several people who also descend from these families.

Maybe my leads are better than I think!


Amelia's page in my database

Posted by SallySearches at 4:37 PM