A few weeks ago, I posted about the conflicts between using my cousin's family stories and using typical genealogical records in researching my Blanchette line.  Much of my proof comes from using collateral records of siblings, and to be honest, having a bit of an open mind when it comes to exact spellings and locations.

My ancestor, Louis Blanchette, which was anglicized to Blanchard, ended up in Chippewa County, Wisconsin in the 1860's under less-than-clear circumstances.  Cousin's stories suggest he had a difficult childhood and ran away.  Perhaps being the youngest boy, Louis headed out on his own to find his calling.  We may never know the truth.  What I can show are some of the records showing the locations he and his sister Julia did live.

The birth records of both Louis and Julia from the Drouin collection of Quebec church records read: 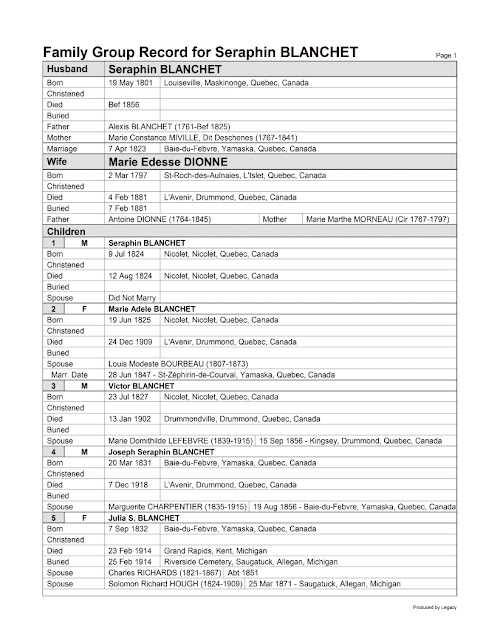 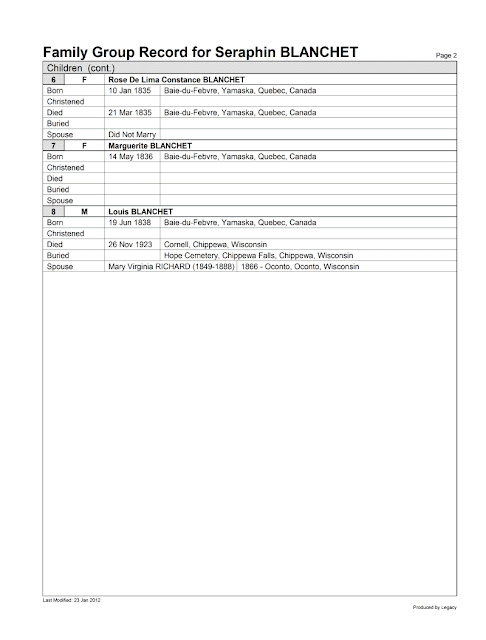 I will show you how I was finally comfortable with the evidence of this family.  This is what I love about genealogy research - slogging through the data and seeing everything come together in a "this really is my family" moment.
To be continued...