While fulfilling a Find A Grave request at Saints Cyril and Methodius Cemetery in Joliet, Illinois, I noticed many of the gravestones had porcelain portraits mounted to the front.  Portraits appeared most often on gravestones of children or teens, and first-generation adult immigrants. The pillar-style stones were generally quite simple.  This cemetery is the final resting place of many Eastern European immigrants who came to the Joliet area to work in the mills, mines, and railroads during the late 1800's and early 1900's.


"Tu Spociva" translates to "Here Lies" from the Czech language. 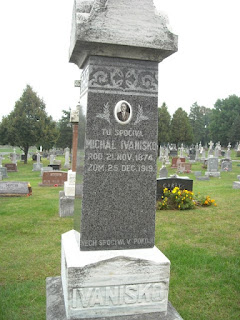 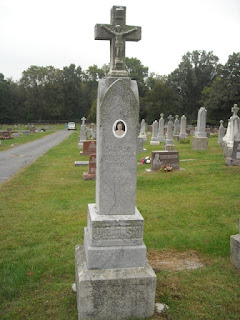 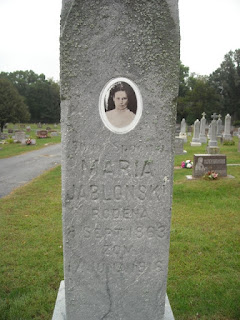 close up of Maria Jablonski stone 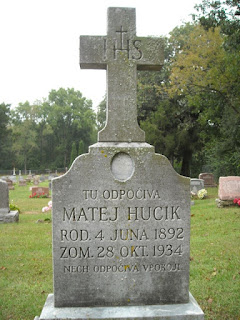 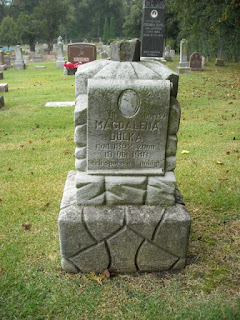